You are here: Home / Real Estate Blog / A Perspective on the Anchorage Housing Market 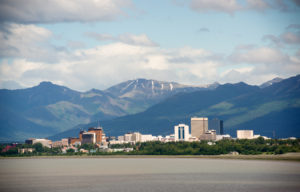 Despite Alaska’s three years of economic recession, the Anchorage housing market has remained stable with no noticeable decline in values except in isolated circumstances. So, unlike our neighbors to the south where both Portland and Seattle have seen recent rapid appreciation above 30%, Anchorage remains an affordable place to live with an average sales price of $365,000. Anchorage’s housing problem is not really affordability but rather what a buyer can purchase for the average sales price. Anchorage housing stock is aging and not like a fine wine which gets better with age. Seventy-five percent of our housing was built between 1970 and 1990 making it not just cosmetically but functionally obsolete.

The 1970’s was the decade of the split entry or the ‘breeder box’ as it was called by some. It had a small entry and a set of stairs going up to the living/kitchen area and two or three bedrooms. Down the stairs was a family room and extra bed/bath. Then came the more luxurious two story homes of the 1980’s which had a larger first floor entry with a nearby powder room for guests. These homes had a formal living and dining room on the first floor. The back of the home had a kitchen, breakfast nook and family room. Upstairs was three or four bedrooms. The oversized master bedroom became the parents’ hideaway and was frequently as large as 16 x 20. Over time, these homes grew in size from 2,000 square feet to over 3,000.

The nationwide real estate recession of the 2008 to 2010 changed the way not only people thought about home ownership but how they wanted to live. Something changed in the American psyche and it was reflected in the homes that were built. Gone was the formal living and dining rooms. Instead, it became all one great room. Home offices became important as more people chose to work from home. So did flex rooms—that added extra space somewhere whether off the entry or a loft upstairs for a quiet space. The kitchen grew larger—even though food take-outs grew in popularity. The kitchen was no longer the heart of the home but the heartbeat. It was no longer a galley or U-shaped configuration but an open concept with a view of the entire first floor. And the islands grew even larger—whether bi-level, flat or curved, it was where the family gathered not just for meals but homework and storytelling at the end of the day. Paint colors changed along the way as well. From white to beige, to gray, to grayish and back to white again. Master bathrooms have become home spas and are almost as large as the master bedroom. Today’s spa bath no longer has a built-in jacuzzi or soaking tub but a sleek freestanding tub.

The need for more car storage also grew over the decades from a carport in the 1960’s to the single car garage in the 70’s and the mandatory double in the early 80’s. The 90’s brought the big triple and many of today’s giant garages of over 1,000 square feet. Alaskans love their toys and not only do they want to ride, fly, kayak and fish but want to keep them covered in their own garage as part of their home.