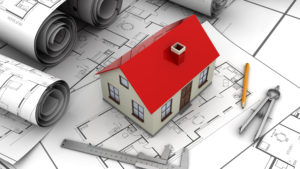 The August issue of Alaska Economic Trends has confirmed what we’ve known all along and that is home prices haven’t dropped during Alaska’s three year recession. However, they do have a good take on why that hasn’t happened. As previously discussed in their July issue, Alaska migration patterns with Anchorage at the epicenter has helped keep prices stable. Plus, some job losses, particularly in the oil industry, have been among nonresidents who don’t own homes in Alaska. If you’re a frequent flyer on Alaska Airlines chances are you’ve probably sat next to some of these itinerant jobbers who may live as far away as Florida and commute to and from the North Slope.

Interest rates still under 5% for a 30 year fixed rate mortgage has also helped keep our market stable although I maintain the five basic reasons people buy and sell homes have nothing to do with interest rates but changing factors in an individual or family’s life. Those are marriage, birth, death, divorce and job change. Obviously job change is a dominant factor—both positive and negative as most buyers need a verifiable and steady source of income in order to qualify for a mortgage, although I am continually amazed at the number of cash sales that occur in all price ranges. Alaska has a lot of quiet wealth.  We are also seeing some equity extraction from the stock market as investors turn to real estate. With uncertain and changing economic policies, many investors, large and small, turn to the old time staple of real estate investing.

The report used the term ‘controlled’ building as one reason for our housing stability. “Controlled’ requires me to ask the questions of who and why is doing the controlling. I would not want to think this market is being deliberately controlled by forces unknown to me or others in our industry. Instead, we have a lack of home building due to the continued high cost of development, lack of land and an unwillingness of our local government to loosen the oversight requirements for vertical home construction and horizontal residential development which go far beyond the need for protective health and safety regulations.

The reality is that our lack of new home construction is hitting a crisis point. The six month building report recently published by the MOA shows more than a fifty percent drop in new housing starts compared to last year’s six months report. Only 121 housing units were permitted compared to 300 in 2017 for the same time period.  That number includes permits for single family, duplex and multi-family. Less than one hundred single family homes were permitted.  Only twenty-eight duplex units and not one multi-family permit had been issued through June. Alaska’s population is projected to stabilize and may even have slow growth as a result of increased births. But, what happens if and when Alaska comes out of its three year recession?  Where will an influx of population or growing families live in Anchorage?