You are here: Home / Uncategorized / A Look Back at the 2019 Housing Market 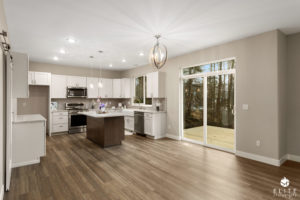 The cost of living in Alaska has increased by 3% according to the most recent Alaska Economic Trendsreport. The cost of medical, transportation, energy and housing all contributed to the increase with housing being the major factor. So it’s no surprise that the average sales price for a single family home in June reached $390,000, the highest price from the MLS tracking report since January 2011.

June 2019 also saw more than a 10% drop in available inventory from the prior year—858 compared to 958 homes so it’s no wonder buyers remain frustrated in finding a new home. Lack of inventory being one reason sales have decreased 7% during the first half of this year.  For the month of June, 36 homes sold between $400,000 to $500,000. Million dollar homes sold on average 1.4 per month over the past thirteen months which remains a surprisingly strong number.

Location plays a significant part of where sales occur. Three locations where sales have bested the prior year include DeArmoun/Potter Marsh, Spenard and Girdwood. Spenard is considered a revitalization neighborhood, particularly with the curvy new Spenard Road with attractive new landscaping (let’s hope the MOA keeps watering it during their heat wave). Spenard is organically the arts and crafts community rather than Mt. View, despite all the public and private money invested in Mt. View. Girdwood is a happening place with contemporary new homes either as second homes or year round retirement residences. And why not?  it has recreational facilities and gourmet dining, including Jack Sprat, and the Bakery as my favorite breakfast spot with its homemade orange marmalade, sour dough pancakes and that dreamy breakfast roll with a touch of orange zest. FYI, you can buy a quart of that orange marmalade and take it home for morning toast.

Southeast Anchorage continues with its popularity both in new construction and the resale market. Huffman Timbers has less than a handful of lots/homes to sell and Hultquist Homes just purchased Bruin Park, on the west side of Lake Otis between O’Malley and Huffman. It has a total of 19 lots with an approved plat already in place and horizontal construction to start early fall. These lots are larger and wider than the remaining lots in the Terraces and Huffman Timbers. But the May builder report still falls way below what’s needed for new housing starts with only 78 single family permits, albeit it is up 6 units from last year. Duplex units have doubled, an increase to 30 units vs. 14 for the same as last year, thanks to the continued growth of WestGate, a popular duplex condo development in southwest Anchorage with ranches and two-story homes.

So that’s the recap for the first six months of this year. It’s hard to predict about ‘tomorrow’ for all the pros and cons over the governor’s vetoes and the state budget woes. But having listed/sold/developed housing during the last two economic downturns over the past thirty years, all I can say is smart investing starts now, particularly with mortgage rates hovering in the 3.5% range and FHA/VA rates even lower, making first time home buying a real opportunity.