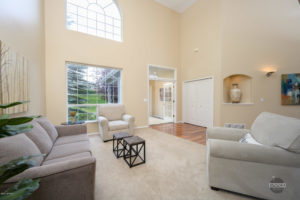 More people are leaving Alaska than moving in. According to the Department of Labor, Alaska has lost more movers than it’s gained every year since 2013.  As of July 2020, the population had fallen to 728,903 from 740,637 in 2016. Like many economic factors, the population loss has not been equally distributed across the state. The Municipality of Anchorage lost 3,517 residents while Fairbanks gained 1,064. The Mat-Su Borough also grew in 2020 with an addition of 523 citizens. However, the bulk of Alaska residents still reside within the MOA with a population of 288,970 and 107,305 in the Mat-Su Borough.

But despite Anchorage’s loss of population, its housing market showed remarkable strength in 2020. According to the year-end stats from MLS, the MOA had a gain of 26.31 percent in closed volume and 19.50 percent more transactions. New construction closed sales had a 14.54% gain with a 13.18 percent increase in price for an average cost of$668,336, including land. However, please note not all new construction sales are reported in MLS. I hope to have more detailed new construction data by the end of the month when the MOA Building Permit Department updates its statistics from June to the end of the year. As previously reported, resale property values increased only 5.91% but the time on the market dropped to 37 days, the lowest time in the past ten years.

So what do all these numbers mean? The MOA is losing population not just to the lower 48 but to our Mat-Su neighbors where more and affordable land is available and building new homes has less red tape.   But whether in the Valley or Anchorage, all new homes are going to be more expensive in 2021 due to lack of subcontractors. And let’s be realistic about Alaska’s modest numbers of new homes which doesn’t give suppliers and builders much clout when it comes to ordering appliances and light fixtures from China or soft lumber from British Columbia, our northern neighbor.

So far in 2021, our market continues to be fueled by historic low interest rates. A qualified first time buyer with a 740 credit score can now afford to pay approximately $80,000 more for a home calculated at a 2.75% rate from a previous rate of 3.75%, according to Madona Rhine-Stack, Senior Mortgage Loan Originator at AlaskaUSA Mortgage Company. Credit scores, employment, loan to value and debt ratios are obviously other criteria to be factored into the final mortgage rate. Let’s hope that these rates continue well into 2021.

The right to own property remains one of America’s founding principles. The United States was one of the first countries in the world to recognize private ownership of property. Even today, that right is a rare gift to all of its citizens. Home ownership is a cornerstone of that right. It is a stabilizing social force in our community and economy. Finding ways to increase the 62% home ownership rate in America will enable our country to have economic growth and help heal itself from today’s fractured culture.

Thank you once again for your readership and referrals.  You can always contact me on my cell at 907-229-2703 or email me at cyoshimura@gci.net.