You are here: Home / Building Permits / Anchorage Struggles to Compete with the Mat-Su Borough 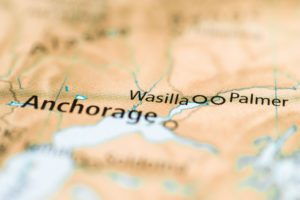 According to the 2020 U.S. census, Anchorage lost 579 citizens during the last decade.  However, not all of them left for warmer weather as the Mat-Su gained a whopping 18,096.  The Mat-Su also gained almost 10,000 housing units to accommodate their surge in population from 88,995 to 107,081. Anchorage also added approximately 5,000 new housing units during the past decade. That number includes single family, duplexes and multi-family. But, perhaps the most telling number is the 2,000 single family permits during that time span which easy math tells us only 200 single family permits were averaged per year.

Anchorage is land locked by mountains, Cook Inlet and the military so although we can blame over-reaching development regulations on our lack of housing permits, the physical fact is Anchorage’s housing  doesn’t have any way to grow but up. Without a doubt Anchorage will become the urban center of Alaska in the next ten years while the Mat-Su Valley will become the suburban center. In fact, it probably already has. A good example of that is its increase of million dollar home sales as reported by the statewide MLS from 4 in 2020 to 12 YTD as of 11/30/21. The pandemic coupled with the ability to work from home has contributed to the Valley population growth. So, too, is that aging boomer market (because contrary to popular opinion not all want to leave their home state). But, due to the cost of residential land development in the MOA, boomers are now taking a hard look at the Valley where land is plentiful and less expensive to develop.

Alaska has always had a lot of in and out migration. Some economists have calculated that number to be up to 50,000 per year, making it one of the most transitory states in the nation.  Add to that churning, aging boomers and baby making millennial home buyers can expect a five to six per cent rate of appreciation in 2022. The exception to that rate will be a more rapid increase in value for resort based communities and small town American (Alaska) communities like Palmer, Wasilla, Homer, Soldotna, et cetera.

In 2022 small investors will continue their search to purchase properties for vacation rentals.  The most frequently asked question now regarding condos is not “What are the dues but what are the restrictions on renting?” Most of our condos were built way before we knew the meaning of acronyms like VRBOs and AIRBNB. Buyers looking to cash in on vacation rentals need to read the fine print of the condo declaration and their amendments.  Most traditional condo associations require six month leases. And then there are the older attached zero lot lines who have no associations so investors are free to rent on a weekly or daily basis without getting fined but instead irritating their attached homeowner neighbor.

Happy Holidays! It’s been quite a real estate ride in 2021. We’ll catch up with you on Wednesday, December  29th with more information on how to safely invest in real estate in 2022.