You are here: Home / Real Estate Blog / How to Avoid Higher Property Property Taxes in 2020 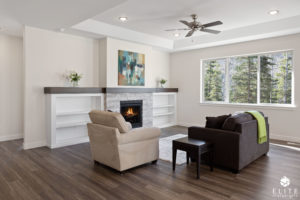 In a recent ADN  article, city officials stated that without any continued  state assistance to help pay down school bond debt, single family property owners could expect an estimated $630 property tax increase on a $350,000  home.  Already that home has a $5,740 tax which is 1.64% of its estimated value. An increase of $630 will raise that to 1.82 percent. According to a Multiple Listing Service report dated April 4th, 2019, the average value of a single family has declined by 6.14 percent so far this year when compared to the 2018 average.  Adding an additional tax burden on residential property owners at this time is a sucker punch.

Buyers qualify for a mortgage based upon their ability to pay for a fixed mortgage amount including principal, interest, taxes and insurance. Depending on their debt ratio and credit, anywhere from 25 to 40% of their gross income can be calculated as qualifying for the mortgage. Six hundred and thirty dollars divided by twelve months is an additional $52.50 per month in taxes but a prospective buyer would need to make approximately $200 more a month to qualify for the same purchase price.

Higher property taxes are a national trend, according to ATTOM data solutions which analyzes national property taxes, so Anchorage is not alone in its dilemma. U.S. property taxes levied on single family homes in 2018 increased four percent. But, the average property tax was only $3,498. New Jersey, Illinois, Texas, Vermont and Connecticut posted the highest property tax rates so we should be happy we live in Alaska. My favorite vacation spot, Hawaii, had one of the lowest and Honolulu had only a 0.36 percent increase.

However, the Municipality of Anchorage is unique because unlike most of the communities identified above, we have no sales tax, not even a seasonal one. All other Alaskan boroughs, with the exception of Fairbanks, have a sales tax which varies from 2.5% to 7%.  Is it any wonder then that our state legislature and administration wants to cut the MOA revenue stream?

Residential and commercial property owners share too much of the cost of Anchorage’s operating budget. The majority of the MOA’s revenue comes property taxes. When you travel to the lower 48, your destination is not determined by the amount of the local sales tax. Total visitor industry spending in 2017 was $2.2 billion in Alaska. Granted, that’s state wide and includes air and ferry travel. However, a 3% seasonal sales tax from May to October would help generate revenue to give all property owners some relief from their disproportionate  contribution to Anchorage’s $526 million operating budget.