You are here: Home / Home Mortgages / Supporting Veterans in Alaska 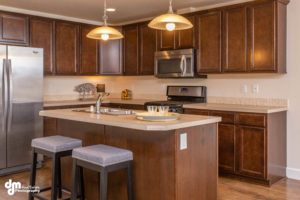 I’d like to take a moment to thank Alaska’s veterans for their contribution to our country and state. Alaska has 68,145 veterans and they play an important role in our state’s housing market. According to the Housing Assistance Council, approximately 39,915 or 16.0 percent of Alaska’s homes are occupied by veterans. Alaska’s veteran homeownership rate is 69.5% which is above the national, state and local average.

The median household income of Alaskan veterans is $80,505 which is $6,000 higher than the average of Alaska’s households. Yet, despite the higher income, 13,971 veterans live in homes with one or more major problems of quality, crowding or cost.  Housing affordability is the greatest housing problem among veterans, according to the American Community Survey of 2017. The median value of Alaskan veterans home is $250,000 which is the state’s overall value as well.

But here in Anchorage the average value of a sold home in Anchorage according to the latest MLS statistic for single family homes is $372,000. VA loans represented 23.9 percent of Alaska’s home mortgage originations in 2014 and I suspect that figure has not changed much in the past five years. If you are a veteran or know someone and they are looking for a home to purchase, the first step is to obtain a Certificate of Eligibility (COE). Not everyone who served is eligible for a VA loan. This certificate guarantees the eligibility. Veterans will also need to submit a DD214 form that shows their record of active service and active duty members must provide a current statement of service. After that, it is up to your mortgage originator to determine what mortgage amount a veteran will qualify for.

Current VA mortgage rates are at 3.635% for a VA 30 year fixed rate with zero down. That rate applies to single family and condos with a maximum value of $726,525. Duplexes maximum lending is $830,300, triplex for $1,124,475 and a four plex maximum loan of $1,397,400. All of these maximum loan limits are with a triple zero down payment and available through most mortgage originators, including the Alaska Housing Finance Corporation. These limits are a 6.9% increase from 2018.

There is a new law that goes into effect in 2020 called the Blue Water Navy Vietnam Veterans Act (put in italics) which may increase even more an Alaskan veteran’s ability to borrow. Currently, veterans in Alaska must make a 25% down payment above the maximum VA borrowing limit quoted above. If and when this new law goes into effect, it will substantially increase a veteran’s ability to borrow without a down payment.

And on a more somber note, according to a 2017 HUD Point in Time Homeless Estimate, Alaska has 124 homeless veterans.