You are here: Home / Market Trends / Things You Need to Know About the Cost of Living in Alaska 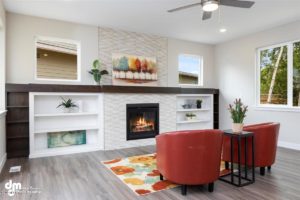 According to the July issue of Alaska Economic Trends which is  published by the Alaska Department of Labor and Workforce Development, of the three metropolitan areas in Alaska, Juneau  has the highest cost for groceries  at 132.9% when compared to the U.S. average.  It’s also no surprise that when it comes to housing, Juneau also has the most expensive housing at 155.1% compared to the national average.  However, Fairbanks’ cost of utilities is the highest at 217.9 percent of the national average.  It’s also more expensive to have an eye exam in Fairbanks.  The average cost in the U.S. is $107.21 but in Fairbanks that cost is $251.67, the highest in Alaska.

We all love our pets (Hapa and Peaches are my poodles.  Well, Peaches was suppose to be a poodle) but a vet visit in Anchorage is $70.80 while Fairbanks its only $48.50.  How about a haircut?  The U.S. average is $18.05 but Anchorage has the most expensive cut by a barber at $22.50 and that doesn’t include a gratuity.  A dozen eggs in Honolulu is $3.85 while the U.S. average is $1.45.  In Anchorage they  cost $2.35.  No wonder chickens are nesting all over Anchorage!  If you’re covenants, codes and restrictions don’t restrict chickens, you may be in for a morning serenade by a rooster down the street.

Anchorage, AK ranks as the 21st most expensive city to live in.   One significant reason is public health care premiums which have an average monthly premium of $698 compared to the U.S. average of $442.   When it comes to health care costs, Alaskan’s are typically among the highest in the nation.  Overall Alaska ranks #6 with the highest cost of living in 2020.

And so what about housing? Fairbanks North Star Borough was the lowest in the state at $264,638 but remember those high utility costs.  Juneau was the highest at $442,457 and Anchorage was $402,717 while the Matanuska-Susitna borough came in at $311,686 so no wonder Matu-Su has out built Anchorage by almost twice the number of building permits the past few years.  For many years more than half of the state’s new homes were built in Mat-Su which has just 15% of Alaska’s population.  Sitka had the highest median rent at $1,300.  Wrangell and Petersburg the lowest at $904.  These figures reflect adjusted rent which includes the cost of all typical utilities. In 2019, the paychecks needed to afford a house was 1.34.  Interesting enough, that same percentage was exactly the same for Mat-Su.  Bethel had the highest percentage at 1.60.

All this data was collected before COVID-19.  How the federal, state and local governments react to the growing economic impact of the corona virus may have a significant effect on these numbers beginning in the fourth quarter of 2020.   But for last week, the local housing news continues to be positive. Anchorage  had 93 pending sales! Active single family inventory decreased by 2.72% from the prior.  Eagle River inventory fell to 106 units, down by 6.19% from the prior week.