You are here: Home / Uncategorized / What to do about the ‘Missing Middle’ 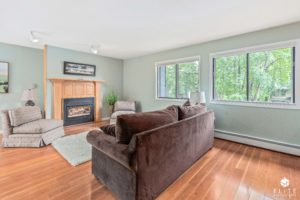 Anchorage is not alone when it comes to a housing deficit for the ‘missing middle’. In 1999, 37% of newly built single family homes had a square footage of less than 1,800, according to a National Association of Homebuilders study. Now, that total has shrunk to 23%. We’ve seen the same trend in Anchorage over the past two decades as new homes have increased in size to almost 2,400 square feet plus a triple car garage. Land developers, planners and home builders are all guilty of neglecting the missing middle. Land developers build larger lots; builders add more bedrooms and living room square footage in order to compensate for larger kitchens and bathrooms which are the two most expensive rooms of any home. In 2019, the average single family building permit had an MOA value of $430,555 and that doesn’t include the added cost of a $140,000 home site. Planners encourage multi-family developments that don’t meet the needs of first time home buyers as a stepping stone to homeownership. I hear it time and time again at open houses– the need for two-story and ranch homes under 1,800 square feet that don’t share a common wall. Seventy five percent of millennials will buy a home in the next five years and with a spouse, a dog, and two children a three-story walk-up or a four story condo with an elevator just doesn’t fit their vision of home ownership or lifestyle.

So its no wonder that single family homes listed in MLS between $250,000 and $350,000 have less than a two months supply. In the last six months, the average sold price has risen to $380,437, an increase of $6,000 from the 2019 average. So how can developers, builders and planners work together to build more affordable homes? Lowering regulatory hurdles and improving zoning rules is the first step. But before that can occur, planners need to understand and accept what buyers want which is a single family home—small and detached with enough backyard for the dog and children. Reducing lot size and increasing lot coverage ratios are two good first steps. Many communities facing ‘the missing middle’ allow for single family lots to be as small as 4,000 square feet as opposed to the MOA’s 6,000 square foot requirement. Other communities have a 50% lot coverage ratio instead of 40% for ranches and 30% for two-story homes required by the MOA. We all know about mixed use which is residential on top of commercial buildings but how about mixed zoning? The end of the two cul-de-sacs in the popular Huffman Timbers single family community at the corner of Lake Otis and Huffman would have been a prime opportunity to add just four units. (For disclosure, I developed that community in a partnership.)

The Municipality is beginning to recognize the challenges to housing that exist in the current Title 21 rewrite. Lets hope 2020 brings some zoning changes that help facilitate the ‘missing middle’ home buyers.