You are here: Home / Interest Rates / What’s Happening in the Market? 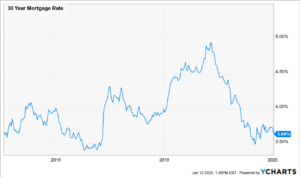 It is hard to believe but January sales in Anchorage increased by 37% when compared to January 2019.  That increase was despite  all concerns over the state’s economy, including job losses in the oil patch and Anchorage’s reported population loss.  But, here are the numbers:  138 pendings in 2019 compared to 189 in 2020. Perhaps it was the weeks of below zero weather that kept everybody cooped up in a home or apartment they decided was just too small. Or maybe it was the still historic low interest rates.  Or perhaps the thought of a good deal as a result of BP’s sale to Hilcorp which is adding about 150 resale homes to our inventory that we desperately need.   Whatever their motivation, buyers braved the subzero  weather and went shopping for a new home.

The Anchorage condo market has also seen an uptick in number of units sold.  This year sixty condos have sold with an average price of $185,000 which is an increase of 3.78% or 60 units compared to 53 in 2019.  Days on the market have also dropped from 100 days a year ago to 73 in January 2020.  It appears Anchorage residents are finally coming to grips with our lack of affordable housing and are now buying whatever they can afford  due to the continuing and almost historically low interest rates.  After all, the interest paid, not the purchase price of the home, is the largest cost of home ownership.  Here’s a mortgage chart that puts our mortgage rates in perspective.